During the holidays, a message from an old friend popped up in my Facebook feed. It read—with a tinge of regret—that because some people had disparaged the annual Christmas letter, she would not send one out this year. Her Facebook message would have to suffice.

I felt sad for her and for those who wouldn’t read a letter from her. For years I received a delightful letter from a gentleman I had known most of my life. He always got me up to speed on his family who lived away from our former hometown. I looked forward to his 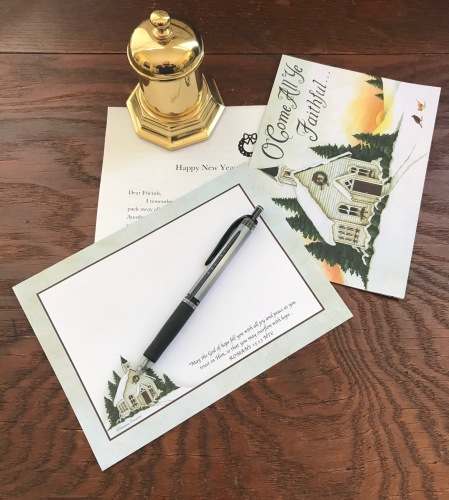 annual missive, and ever since he died several years ago at age 97, I miss his letters. I also have two faithful friends, one in Texas and one in Colorado, whom I hear from every Christmas. I eagerly await their letters.

Christmas letters don’t deserve the bad press they’ve gotten. In fact, these negative assessments probably come from grumps who get their noses out of joint when anyone else celebrates a success. The oft-quoted criticism that Christmas letters are nothing more than “braggadocio” is all a matter of perspective.

And here is mine.

A Christmas letter is a sincere effort to maintain a relationship. It is a long-distance correspondence whose sole purpose is to stay in touch, stay informed—and to stay in each other’s “company”—in spite of time and distance.  And if you consider the time and effort it takes to compose a letter, copy it, and mail it out, it becomes even more meaningful.

When I read a Christmas letter, rather than think someone is “bragging,” I celebrate their successes—and sometimes I empathize with their heartaches. Most importantly, I remain part of their lives, and they remain part of mine. A Christmas letter is no different than a conversation, albeit a slow and silent one, but it is a conversation nonetheless. Instead of discouraging each other from writing and sending them, we should be encouraging the practice.

For the most part, we have lost the art of letter writing—a sad commentary on our times. For centuries, letters recorded lives. Unlike newspapers, letters revealed day-to-day life, the kind one discovers over a cup of coffee or during a lengthy telephone call. Personally, I treasure the stacks of letters I have kept that were written by my parents, grandparents, great-grandparents, and others. Today we have relinquished that kind of record keeping to electronic impulses—which disappear with each new technological advance.

But imagine if we were to revive the Christmas letter. Perhaps we could encourage the kind of relationships that bring people together, that keep them close, that keep them caring about one another. In a world where memes, selfies, and 140-character messages rule, Christmas letters (or any written letters) hearken back to a time when one took the time to listen closely, discuss congenially, and exchange civilly the news and ideas important to us all.

Some history is worth repeating. I’m mailing my letters today.

One thought on “In defense of the Xmas letter …” 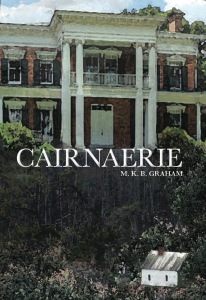 In a sweeping historical fiction, Cairnaerie unfolds across the landscape of Civil War Virginia and the 1920s eugenics movement that follows.

In a world where gentility is the lifeblood of society and some rules are never to be broken, Geneva Snow dares to love. Her decision shatters her steadfast father, who hides her away in his mountain estate, Cairnaerie. After years of solitude, she emerges, hoping to leave a legacy worthy of the father she loved and lost. She engages a young history professor for help, but when the forces of malevolence and revenge converge, her long-kept secret is exposed. And for a second time, Geneva faces a calamity of her own making.